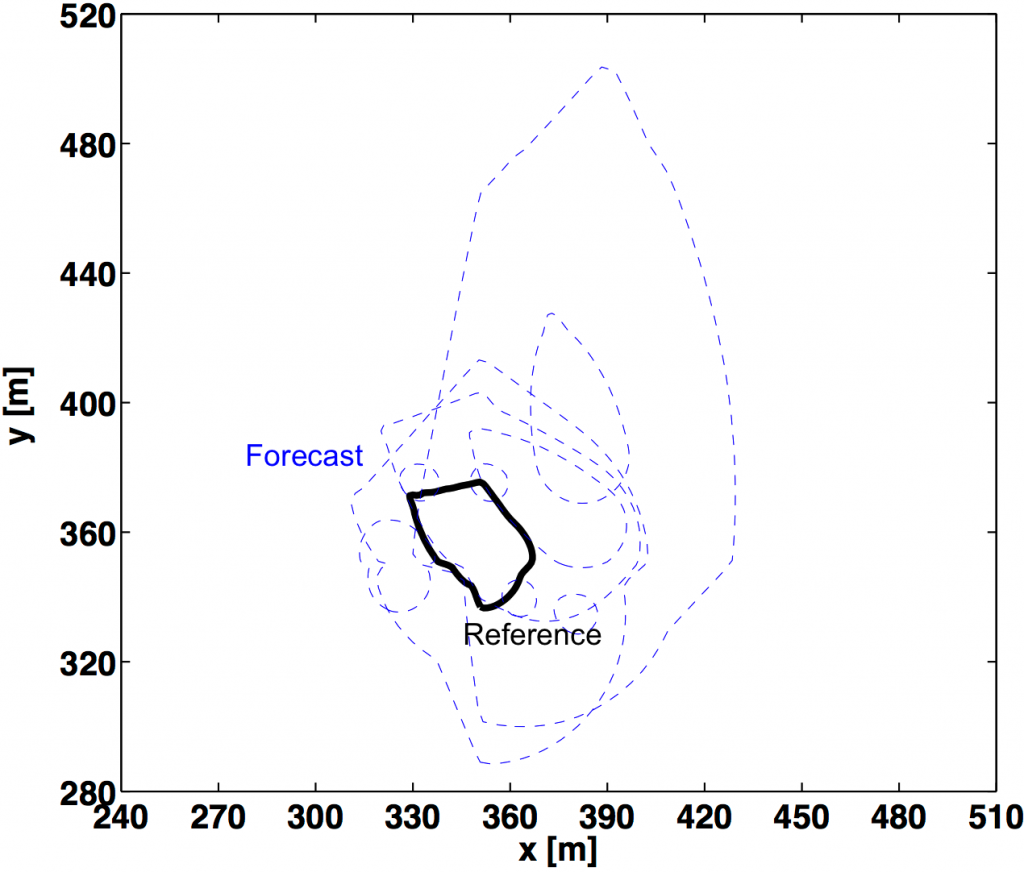 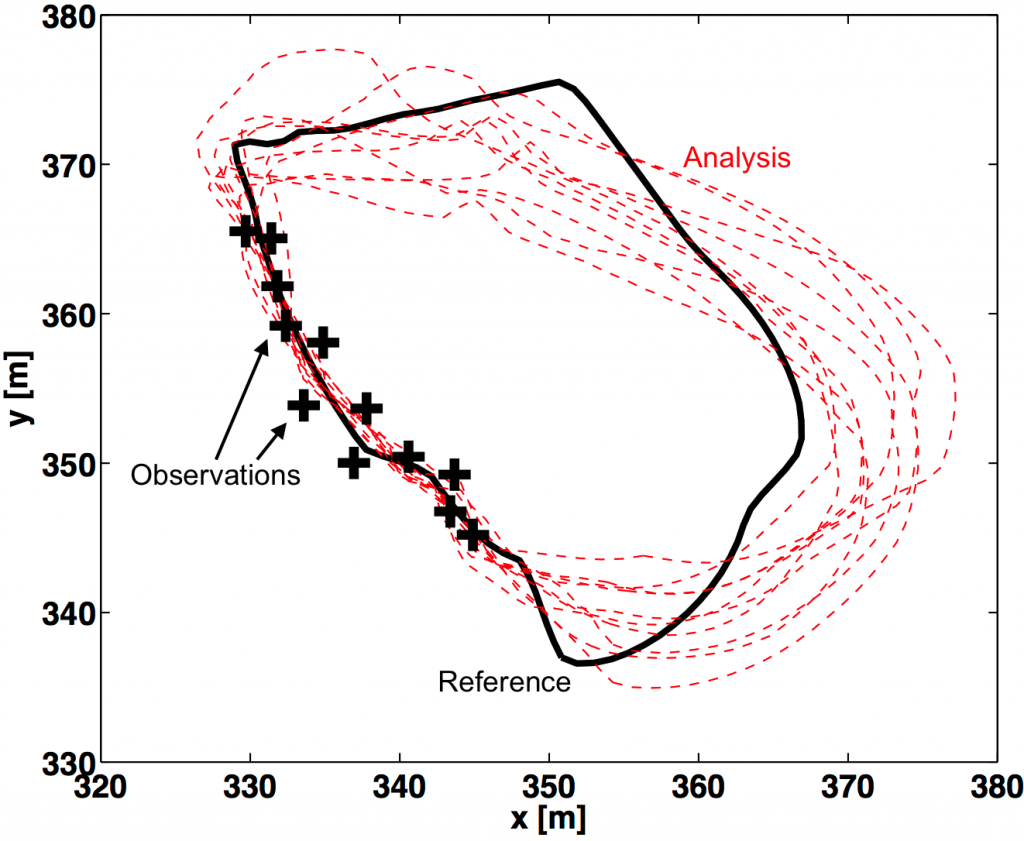 The ensemble of analyses is found to feature a much reduced scatter around the reference location of the fire front. Thus, the direct observation of the fire front location can overcome various uncertainties in the ROS model parameter. The spatial distribution of the observations along the fireline has also a significant impact on the analysis. This figure considers a practically-relevant situation in which the observations are limited to a certain section of the fireline (possibly due to the opacity of the thermal plume). In this situation, while the EnKF algorithm produces an analysis that is close to the reference state in the informed section, the benefits of data assimilation are reduced in the non-informed sections. However, in spite of a reduced level of performance, the EnKF algorithm remains capable of a significant improved performance compared to the stand-alone forecast.

Welcome to FireFly's webpage! Do not hesitate to post comments! The source code is not yet available, but it is surely incoming! Enjoy!    Read more